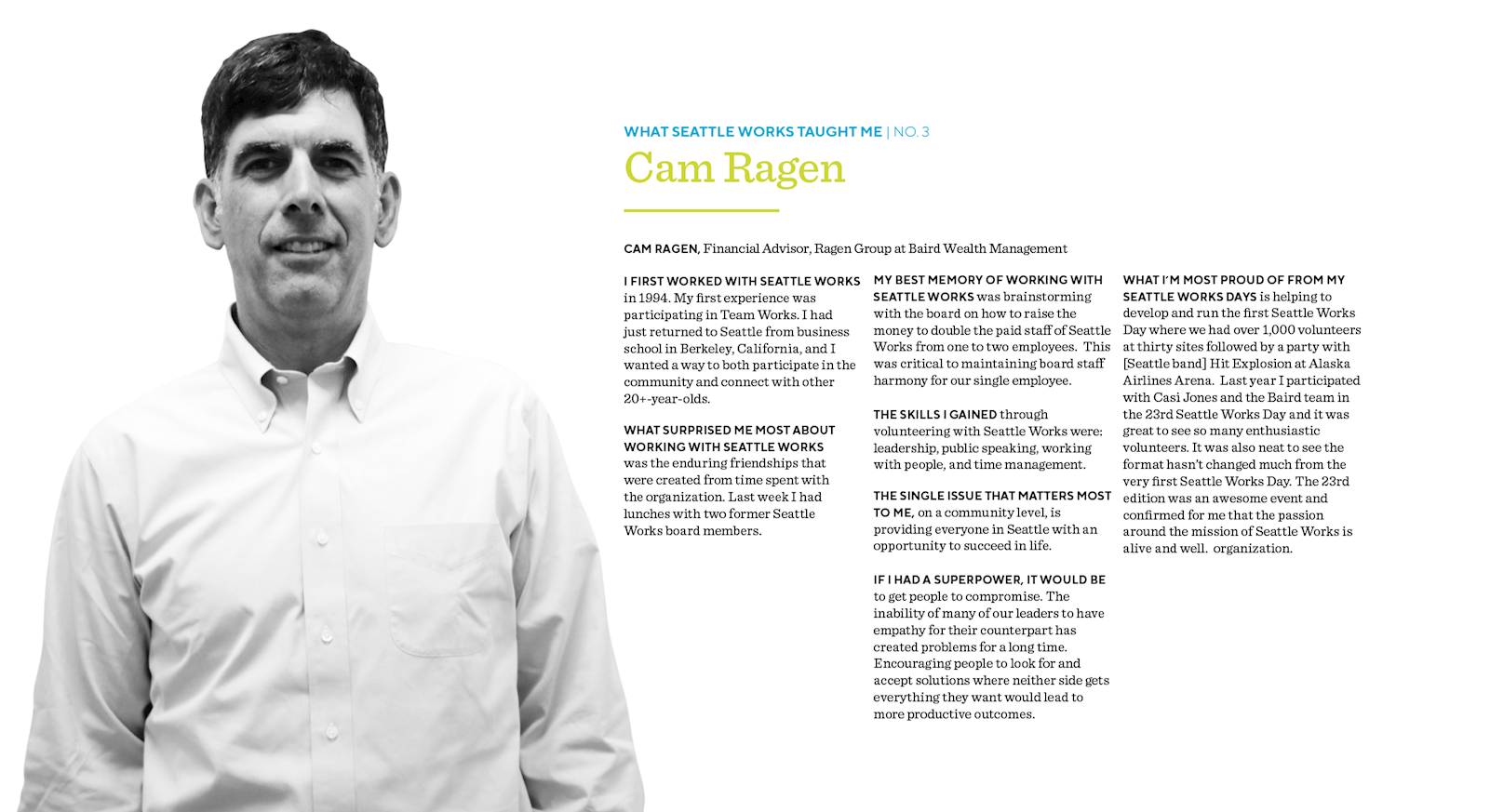 I first worked with Seattle Works in 1994. My first experience was participating in Team Works. I had just returned to Seattle from business school in Berkeley, California, and I wanted a way to both participate in the community and connect with other 20-plus-year-olds.

What surprised me most about working with Seattle Works was the enduring friendships that were created from that time spent with the organization. Last week I had lunches with two former Seattle Works board members.

My best memory of working with Seattle Works was brainstorming with the board on how to raise the money to double the paid staff of Seattle Works from one to two employees. This was critical to maintaining board staff harmony for our single employee.

The single issue that matters most to me, on a community level, is providing everyone in Seattle with an opportunity to succeed in life.

If I had a superpower, it would be to get people to compromise. The inability of many of our leaders to have empathy for their counterpart has created problems for a long time. Encouraging people to look for and accept solutions where neither side gets everything they want would lead to more productive outcomes.